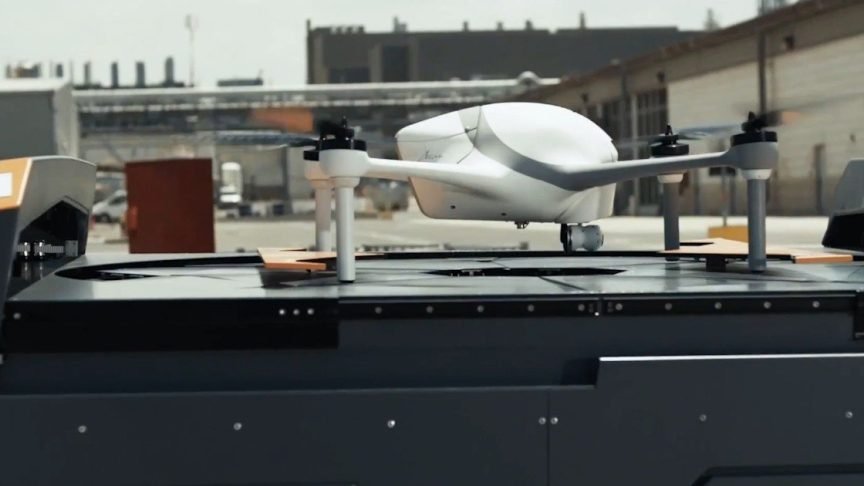 Not far from Tel Aviv a drone flies low over a gritty landscape of warehouses and broken pavement. It slowly approaches its home — a refrigerator-sized box inside a mesh fence, and hovers, preparing to dock. It descends like some giant bug, whining all the way, and disappears into its base where it will be cleaned, recharged and sent back out into the air. This drone is doing the nearly impossible: it’s flying and landing autonomously and can fly again and again without human intervention — and it’s doing it all inside a self-contained unit that is one of the coolest things I’ve seen in a long time.

The company that makes the drone, Airobotics, invited us into their headquarters to see their products in action. In this video we talk with the company about how the drones work, how their clients use the drones for mapping and surveillance in hard-to-reach parts of the world and the future of drone autonomy. It’s a fascinating look into technology that will soon be appearing in jungles, deserts and war zones near you.

South Australian sawmill struggling to source logs and could close