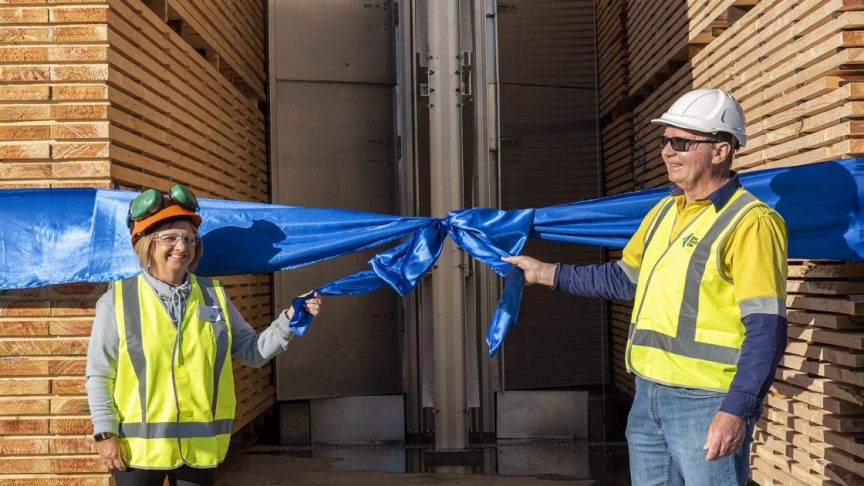 “The efficient design is powered by biomass, using sawdust and wood waste, and shares heat between two chambers with no need to turn the kiln off. There’s no cooling down and reheating like in the old batch kilns– meaning more product processed with less energy”.

The launch of the new CDK coincided with a massive milestone for Kilns Manager Roger Davis, who celebrated 50 years of service at the Jubilee site. Starting out as a timber stacker back in 1971, Roger has held several positions since, from machinist and forklift driver, through to shift leader and drymill supervisor, and wanted to see the first CDK completed and online before retiring.

Paul said the old batch kilns on site are regarded as some of the highest performing batch kilns that Windsor Engineering have installed around the world, which is a credit to Roger’s leadership. “I’m thrilled that Roger was able to do the honours of launching the new CDK,” Paul said.

“Roger’s commitment and dedication is unparalleled, and I wish to thank him for all he has contributed to this mill and to his colleagues.” The second continuous drying kiln is currently under construction and on track for completion by Christmas 2021.