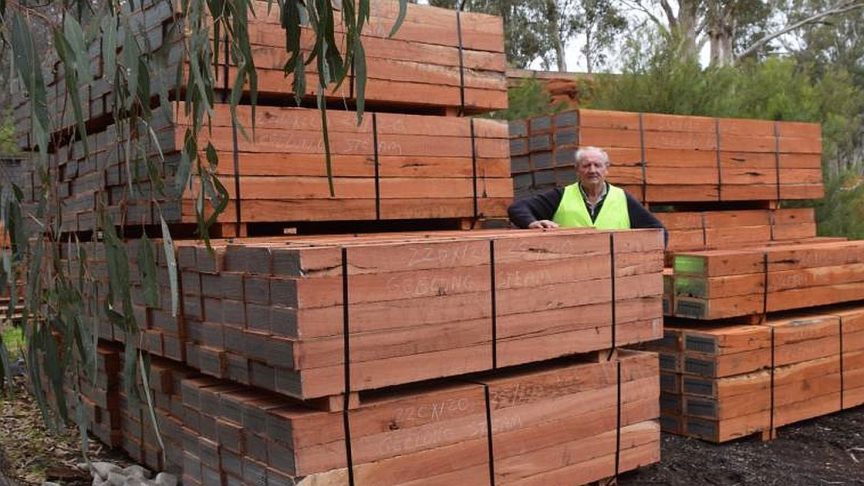 Arbuthnot Sawmills has just celebrated its 130-year anniversary and what better way to be acknowledged than to see its General Manager, Paul Madden, awarded the Medal of the Order of Australia, which was announced in Monday’s Queen’s Birthday Honours List. A VAFI Executive Committee member, Paul was recognised for his service to primary industry and the community of the Riverina.

Operating on the same site for 130 years, Arbuthnot Sawmills is an institution in the world of Murray river red gum. Paul contributed his success to the support of his wife, parents and the many staff that have worked for the business for the past 130 years.

Speaking after a day spent with family and friends celebrating, Paul said he was humbled and honoured to receive the award, noting “I’m proud on behalf of my family, as you work hard all your life and do your best, and to be recognised like this is wonderful,” he said.

“We have now established we are the oldest and continuous sawmill and that just shows the sustainable way our industry harvests red gum. I’m proud of our industry and there are many positive stories that need to be highlighted and celebrated,” Paul added.

The local newspapers in the area have written endless articles focussing on the sawmill’s 130thanniversary and now Paul’s OAM award. While often the timber and forestry industry appears in the media for the wrong reasons, it’s wonderful that we can all celebrate the success, determination, contribution and passion of Paul Madden, and the rich history Arbuthnot Sawmills has given our industry.