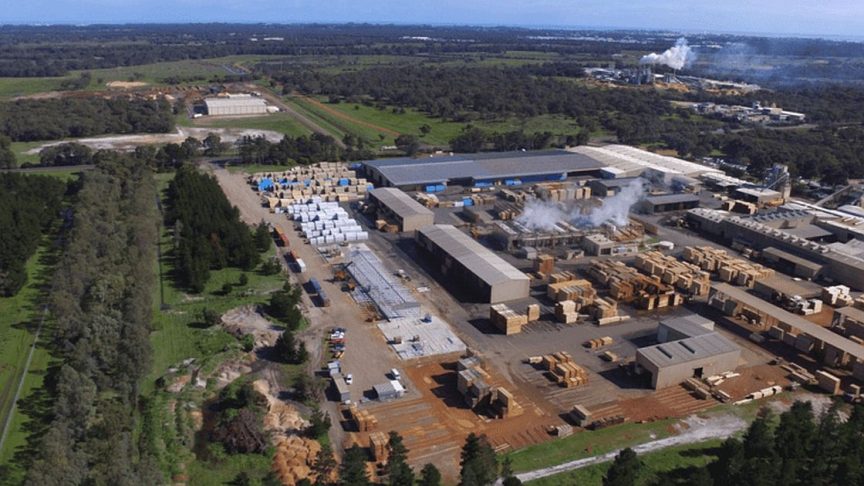 The biggest single capacity continuous timber kiln in Australia was opened in Dardanup earlier this month. The Wespine-operated facility has the capacity to dry 180,000cu/m of timber per year, which allowed for the replacement of five existing kilns that operated with older technology.

It will allow the timber producer to cut its gas usage by 40 per cent and lower its electricity consumption by 25 per cent while reducing ground water usage in the drying process to zero. Wespine chairman Andrew Webster said the opening of the kiln was a major milestone.

“It will be critically important to secure the business into the future,” he said. “The whole project has been a success and I thank all those involved over the past 12 months to safely bring about this outcome which is so important for this business.

South West contractors involved in the project put in more than 16,000 hours of work in order for it to be completed. Wespine managing director Patrick Warrand said the project was completed on time and under budget because of the contributions of those local companies.