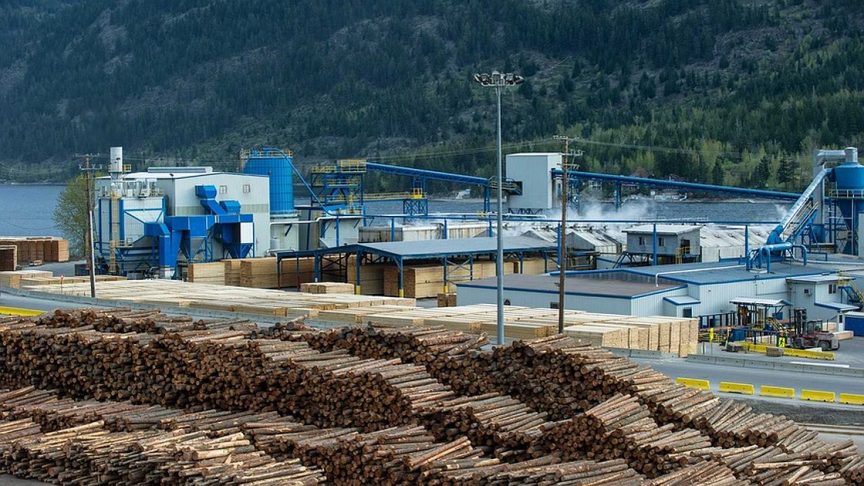 A wave of B.C. sawmill shutdowns and layoffs is a combination of reduced log supply, high log prices and a steep drop in lumber prices, forest industry executives say.

Lumber prices hit a record of $650 per 1,000 board feet early this year as U.S. housing demand ramped up and B.C. producers piled up lumber due to a shortage of rail cars, partly caused by increased oil-by-rail shipments.

That lumber inventory glut got moving as other producers switched from Asia to the U.S. for the high prices, and then the price fell below $300, said Susan Yurkovich, CEO of the B.C. umbrella group Council of Forest Industries.

“We’re looking for some price improvement,” Yurkovich told Black Press in an interview this week. “We’ve seen it improve a little bit over the last number of weeks, but that doesn’t change the fundamental issue around availability of fibre, in the Interior in particular, and the high fibre costs across the province.”

The log shortage is the tail end of a 15-year decline due to the mountain pine beetle epidemic in the B.C. Interior. Forests Minister Doug Donaldson said in an interview the job losses are partly a result of abnormally high salvage logging, and now the reduced allowable cut on Crown forest land is showing its effects.

Forest fires interrupted logging, but 2.4 million cubic metres of fire salvage timber were approved this summer for sawmills, Donaldson said. “We’re working with the community transition action team to identify skills training that could occur,” Donaldson said. “We want to try to keep people in their communities if they desire, and find jobs that are there.”

The province has increased land recovery spending by $22 million over three years, and that means “boots on the ground for reforestation,” he added.

Quesnel has been particularly affected, after Tolko Industries announced a shutdown of its sawmill there in October, affecting 100 direct jobs and associated logging. Tolko had previously shut down its Merritt sawmill, as B.C. companies adjusted to reduced allowable timber cut.

Then West Fraser Timber announced last week it is ending its third shift at its Quesnel and Fraser Lake sawmills, with more than 100 layoffs, a move described as permanent by B.C.’s largest lumber producer.

Conifex began a shutdown of its Fort St. James mill on Nov. 12, saying it will last at least four weeks. Interfor announced in October it is reducing production by about 20 per cent for the fourth quarter at its mills in the B.C. Interior, with reduced operating days and extended weekend and holiday breaks. Interfor has mills at Grand Forks, Castlegar and Chase.

Canfor Corp. announced Nov. 1 it is curtailing its B.C. mill operations by about 10 per cent during the fourth quarter of this year. Canfor president Don Kayne said the decision is a result of “log supply challenges following another difficult wildfire season, uncompetitive log costs and declining lumber prices.”

Teal Jones Group, with mills in Surrey, the Fraser Valley and Salmon Arm, has had a series of week-long shutdowns this year, also mainly due to a shortage of logs.

Yurkovich and Donaldson are joining B.C.’s annual forest industry trade mission to Asia in December, with stops in China, Japan and Korea. Donaldson said the focus continues to be on not just increasing Asia lumber trade, but selling more sophisticated wood products than lumber. “That’s where the long-term future lies, in adding more value,” Donaldson said.