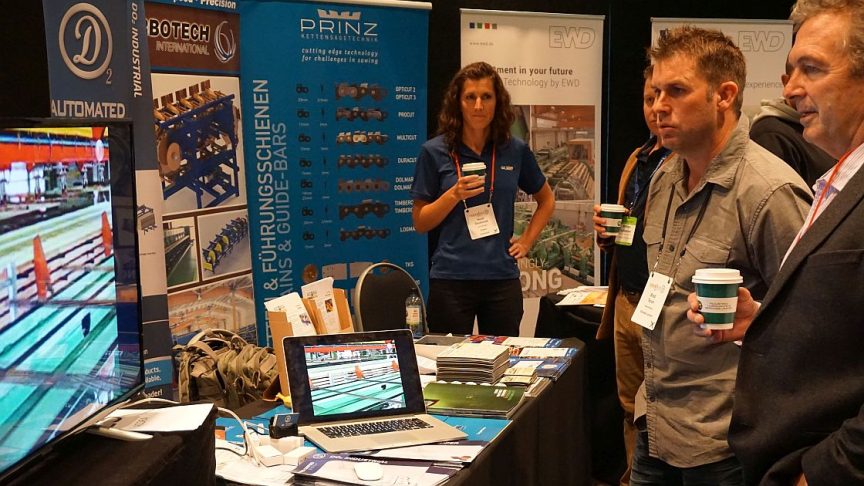 We’ve been busy working alongside many dry-mill and wood manufacturing operations locally, local and global tech providers and researchers over the last couple of months. Together, we’ve been designing the eagerly awaited WoodTECH 2018 series. It’s set to run firstly in Melbourne, Australia on 11-12 September and then again in Rotorua, New Zealand for wood producers on 18-19 September.

“Last year, we had a record turnout to the WoodTECH series” said FIEA Director, Brent Apthorp. “Over 400 sawmill managers, production and operational staff along with key tech providers attended. Exhibition booths actually sold out well in advance of the series being run. In fact, it was the largest gathering yet seen of sawmilling companies, saw-doctors and sawing technology providers from around the globe in Australasia”.

So, what’s on this year? Based on the feedback from last years’ event and discussions with producers on both sides of the Tasman, WoodTECH 2018 will be focussing on innovations and new technologies around dry-mill and wood manufacturing operations.

“The previous two WoodTECH events, 2017 and 2015 have both concentrated on sawmill scanning, sawing and green-mill optimisation technologies. It’s actually eight years ago since we’ve run a tech event in this area so it’s long overdue”.

The September series will be covering:

Programmes for both Australia and New Zealand have now been posted onto the event website, www.woodtech.events. Check them out.

“As well as more practical sessions aimed at mill production and operational staff, we have this year been able to build in technologies right at forefront of scanning, optimisation and wood handling technologies” says Brent Apthorp. “We’ve included advanced technologies like robotics, industrial exoskeletons which are being used increasingly in to reduce worker fatigue in the manufacturing environment, wearable technologies to harness the power of mobile connected employees on-site and laser cutting of wood in the series”.

Already, aside from leading Australian and New Zealand presenters, we’ve got major tech providers from Sweden, Germany, Italy, Slovakia, the USA and Canada who have lined up to present at WoodTECH 2018. As they did in 2017, exhibitors likewise, are going to provide an important tech update to local producers as part of this year’s series.

Programme information is on line. Registration details are also now live. Special discounted registration rates have been set up and limited spaces for exhibiting are still available. You can check all of the details out on the event website WoodTech.events.