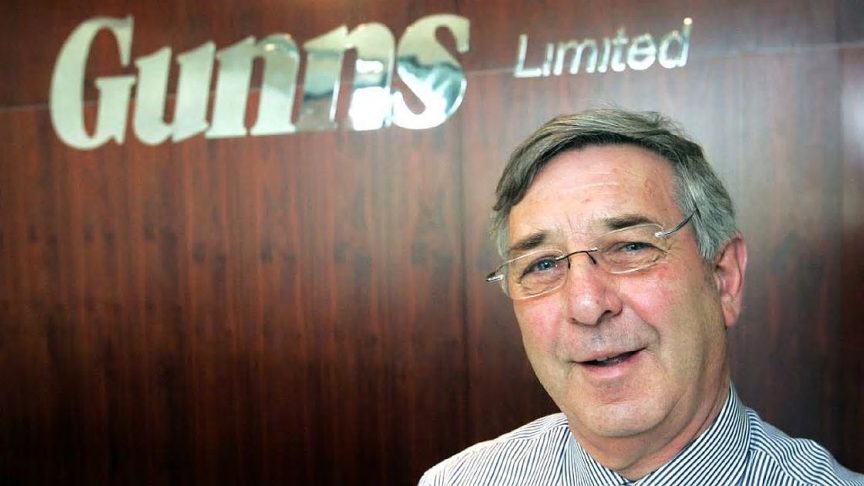 John Gay, the long-time former managing director of timber company Gunns, has died aged 75. John was born into a third-generation sawmilling family in Deloraine in 1943. After attending boarding school in Hobart, he went to work at his father’s sawmill at the age of 15. He was operating his own mills at Oatlands and Bridgewater by the age of 21.

Mr Gay joined Gunns in 1974 to manage its Waverley and Summerhill plants. A decade later he was Managing Director of the publicly listed company. Under the direction of Mr Gay, Gunns exploded onto world markets in 2000, with takeovers of the state’s biggest woodchip company, North Forest Products and Boral’s forestry division. It doubled the size of the company and made it one of the largest hardwood sawmillers in the Southern Hemisphere.

Former Tasmanian premier Robin Gray said his friend of 54 years had been a great Tasmanian who would be missed. “He made a great contribution to our state, and a great contribution to northern Tasmania,” Mr Gray said. “He worked hard to look after his employees, to create jobs, to create economic wellbeing, and to manage the forest industries that he was responsible for in the best way. We will miss John, the likes of him probably won’t be seen again in the north of Tasmania.”

Mr Gay is survived by his wife Erica and two children.