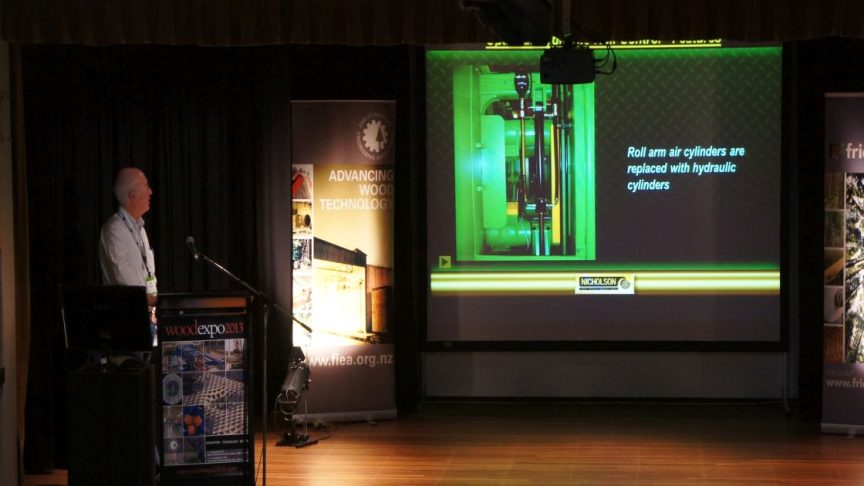 For the first time in Australia and New Zealand, a series of troubleshooting workshops have been designed to run as part of September’s WoodTECH 2017 series. They’ll be providing a unique insight into how sawmills can extract the best performance out of their saws, their machine centres and sawing operations”.

Workshops of between 60-120 minutes are being given in both countries on;

WoodTECH 2017 workshop presenters (well-known throughout the global sawmilling industry) include;

Joe Shields, Machinery Support Technician, USNR, USA. Joe has over 40 years’ experience in troubleshooting sawmill electrical, electronic, and mechanical systems. He was instrumental in the development of formulas used for designing the proper application of saws and chippers and designed the alignment methods for the first multi-line scanner, for USNR. Alignments and system diagnostics has become his main focus for service trips around the world including working in mills in both Australia and New Zealand.

Marv Bernhagen, VP/COO, Lewis Controls, USA. Like Joe, Marv has been in the sawmilling industry for over 40 years, working in roles as diverse as sales, sawmill Q.C. and project managing new equipment installations. After a role as GM of Lewis Controls he became VP COO of the company and is still active in sales and emergency “hands-on” servicing of sawmills and equipment.

Chuck Boaz, President, Corley Manufacturing, USA. Chuck graduated from the University of Tennessee in 1979 with a degree in Forest Management and has spent his entire career with Tennessee based, Corley Manufacturing. He’s filled various positions and currently is President of the company. After 38 years of employment he actively assists the Territory Sales representatives and is the primary sales contact for all large mill projects and international jobs. He also works with field installations crews in a hands-on capacity and lends his years of practical experience as an advisor to their Engineering Department.

Nick Barrett, President, SiCam Systems, Canada. Nick is a leader in the field of emerging technologies supporting lumber size control and predictive maintenance. He’s worked in both aviation systems and robotics but has focused the last 17 years on the wood products industry. Nick is the original designer of the SiCam size control products.

The sawmilling event runs in Melbourne, Australia on 20-21 September and then again in Rotorua, New Zealand on 26-27 September. For full details on the two-yearly WoodTECH 2017 series, please visit www.woodtech.events