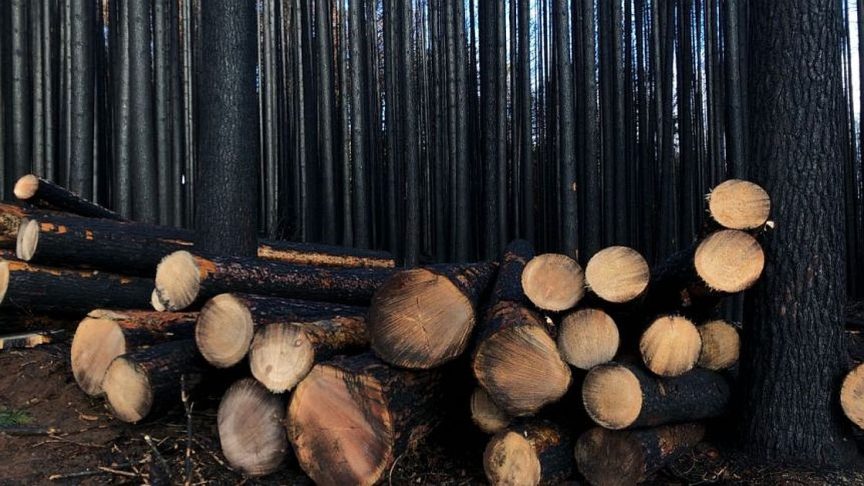 • It’s estimated more than 50,000 hectares of pine plantation in southern NSW was lost in the Black Summer bushfires
• Tumbarumba’s Hyne Timber mill has lost 40 per cent of its future plantation wood supply
• The timber industry is seeking federal freight subsidies to haul logs from other regions to sustain local mills

When bushfires razed the outskirts of Tumbarumba in southern New South Wales on New Year’s Eve, residents on the forest fringes lost everything: their houses, stock, infrastructure and livelihoods.

The loss of forest, especially pine plantations, means a cloud of economic uncertainty hangs over the region. At Tumbarumba, Hyne Timber directly employs 230 people and just as many indirectly. It’s one of the largest sawmills in the southern hemisphere. The loss of plantation pine has immense implications.

“That’s about 40 per cent of our available logs going forward, so it’s a substantial impact to us in the future,” mill manager Marcus Fenske said. “We’re really fighting to survive, and we want to survive.”

Faced with a shortage of local logs, the timber industry wants the Federal Government to provide freight subsidies to make it viable to haul sawlogs hundreds of kilometres from other regions to the district’s timber mills. So far, it has been unsuccessful; it doesn’t qualify for any of the AU$600 million in federal bushfire recovery funding.

Hyne Timber estimates it will have to spend an additional AU$10 million a year, at a time when margins are slim. The company is racing to salvage as much of the fire-killed blackened timber while they can.