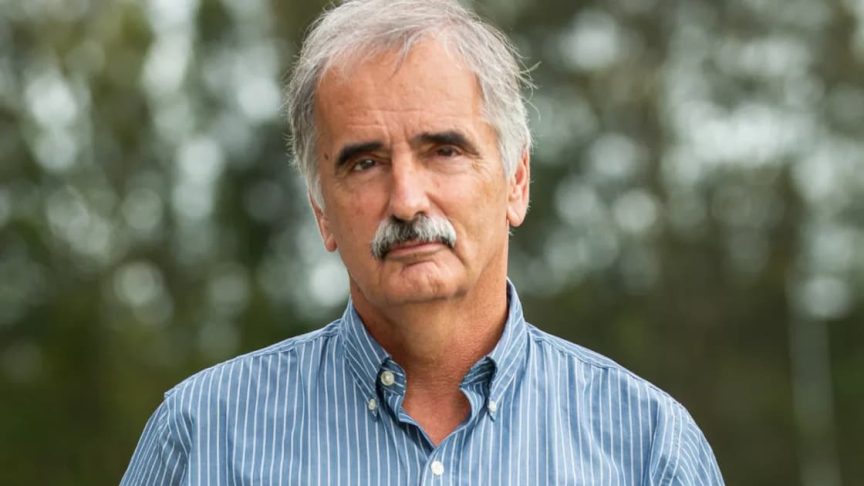 It has been suggested that the reuse of H2F framing at the end of a building’s life may pose a substantial problem in 20-30 years. This article explains the nature and benefits of H2F framing, why the suggested timeline is too short and why the magnitude of the problem has been over-estimated.

H2F treated framing, easily recognised by the distinctive blue colouring, was developed to prevent termite attack, a potential problem in improperly constructed buildings in some areas of Australia.

It has long been recognised that it is far less expensive to exclude termites than control them and complete repairs once they infest a structure. Once they have entered, termites can not only damage timber, including framing, joinery and furniture, but will eat other cellulose-based materials, even the paper covering on plasterboard.

The traditional approach to termite protection was to create a chemical barrier, drenching the soil with a long-lasting insecticide (chlordane was a major one). Houses were also built with exposed surfaces so any termite attempts at access (e.g. mud-tubes) could be easily detected. Mechanical barriers, such as mesh, are also used to prevent termite ingress.

Today, many of the long-lasting soil poisons are no longer available and those that are provide reduced periods of protection, often less than 10 years, and need to be reapplied to continue to protect the building.

The softwoods which are used for most timber framing in Australia, are not naturally termite resistant. The H2F process coats the dry timber with a thin layer of an insecticide, with added blue colouring to make it easily recognisable on the job site.

The H2F treatment uses one of three insecticides: bifenthrin, permethrin or imidacloprid. Permethrin (which is widely used to treat scabies and lice on humans) and bifenthrin are pyrethroids, which are related to natural products found in chrysanthemums. Imidacloprid is a neonicotinoid, which is related to the nicotine found in tobacco. All are effective at very low levels, have exceptionally low toxicity to humans and repel termites, providing protection for the life of the structure, typically 50 years or more. Retrofitted houses that retain the H2F treated timber frame and update other features will continue to benefit from its protection. Many currently occupied timber framed homes in Australia were built in the 1800’s.

It has been suggested that the disposal of H2F framing at the end of a building’s life may pose a problem. At present, there are few economical pathways for disposal of any framing timber other than landfill or composting. This situation can be expected to change as the market embraces and applies the concept of a circular economy in which there is a much greater focus on the retrieval and reuse of materials.

The Centre for Timber Durability and Design Life at the University of the Sunshine Coast is currently working on ways to improve the reuse of timber, while the timber industry is looking to identify national approaches to recovery and reuse that avoids landfills.

H2F framing was introduced relatively recently, so at the moment there is very little entering the waste stream. However, for the H2F treated timber that does enter the waste stream It is important to consider the amounts of chemical in these timbers and the risks they pose as well as the relative rates of degradation in a typical municipal solid waste facility.

It is technically feasible to compost H2F treated timber. The extremely small amounts of chemicals in the H2F treatments tend to bind to soil and organic particles in the ground where they degrade over a period of days to months, depending on the environmental conditions.

The other likely option is landfill. Nearly all modern municipal solid waste facilities are lined and the waste is tightly compacted and covered. This creates an essentially anaerobic (oxygen free) environment in which little to no degradation of timber occurs. Examinations of timber excavated from older landfills shows little evidence of any degradation. The presence of small amounts of insecticide would have little or no effect on these processes.

To summarise, the disposal or repurposing of H2F treated timber is similar to that of most types of timber, the small amounts of chemicals in the H2F treated timber have a negligible effect on the process. The benefits of H2F treated timber in replacing toxic chemical soil drenches to provide long-lasting protection and increasing the durability and service life of our homes significantly outweigh any other potential issues.