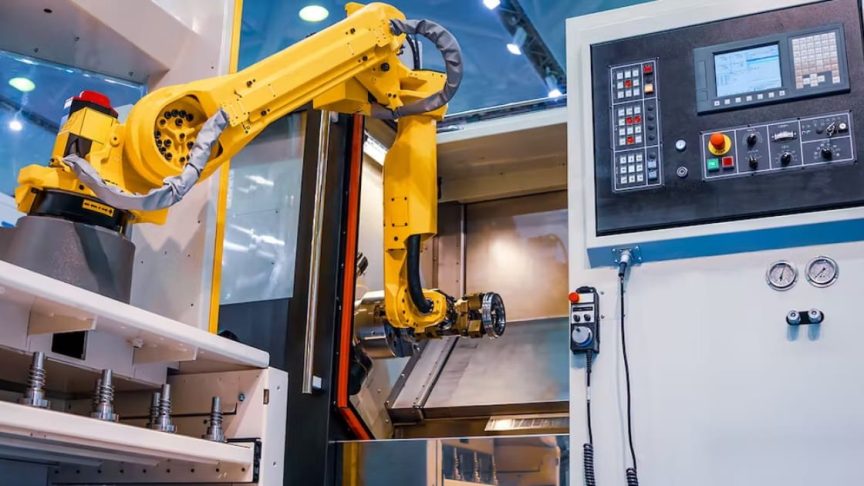 With more than 500,000 new units put in place last year – topping the half-million mark for the first time – the IFR reported that annual robot installations have more than doubled worldwide in the past five years.

A global market summary by the International Federation of Robotics reports that 517,000 industrial robots were put in place worldwide during 2021, a +31.0% increase from 2020, and the highest number in history for that statistic. IFR also concluded that the industrial-robot segment has seen a consolidated annual growth rate of +11.0% during the five-year period concluding with 2021. 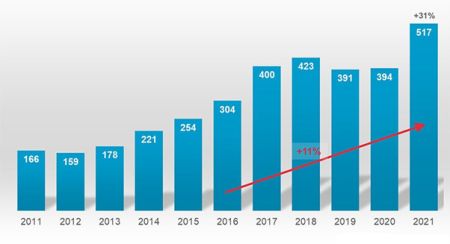 The report also revealed that installation of collaborative robots (as a portion of all industrial robots) rose by 50.0% to 39,000 units worldwide in 2021, according to IFR.

“The use of robotics and automation is growing at a breath-taking speed,” stated Marina Bill, president of the International Federation of Robotics. “Within six years, annual robot installations in factories around the world more than doubled. According to our latest statistics, installations grew strongly in 2021, although supply chain disruptions as well as different local or regional headwinds hampered production.”

International Federation of RoboticsWorldwide, among industrial sectors, during 2021 the highest number of new robots installed was 137,0000 put in place by electrical and electronics manufacturers, +24.0% more than in 2020. The global automotive sector installed 119,000 robots last year (+42.0%), and metal/machinery manufacturing businesses installed 64,000 robots (+45%).

Robot installations by U.S. metal/machinery manufacturing businesses increased by 66.0% year-over-year for 2021, or 3,814 units. It is the second highest sector for robot demand in the U.S., according to IFR.