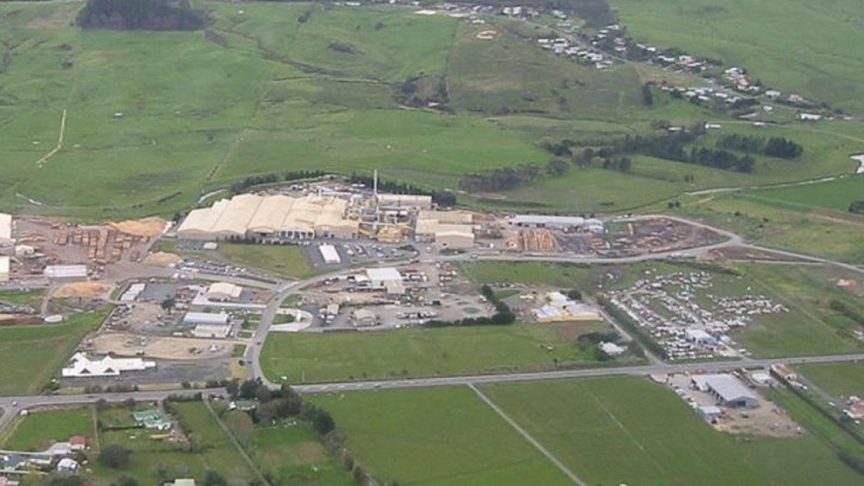 Forestry and wood processing company, Juken New Zealand Ltd (JNL) has this week announced a proposal to modernise its Kaitaia Triboard mill. The company is proposing to make a significant investment over the next few years to upgrade and modernise the mill.

The proposal to make the 30-year old mill modern, safer and return it to profitability will see a shut down across parts of the mill to carry out the upgrade, a change to a more efficient operating structure, and investment in new technology and machinery to streamline production.

JNL met with employees at the mill on Tuesday to start consulting with them on the proposal and the potential changes. New Zealand General Manager of JNL, Dave Hilliard, says that although the proposal involves some hard decisions, it will give certainty to the Northland community about the long-term future of the mill.

“We are being upfront though that the steps required to be taken to address the mill’s issues are unfortunately likely to result in some job losses.” Hilliard says that there are three major issues relating to plant, people, and production that currently make it hard for the mill to operate in a sustainable way.

“The mill’s machinery and technology is old, despite investment in recent years the site presents Health and Safety challenges that need to be urgently addressed, and the mill’s production is severely constrained by inadequate and uncertain log supply in Northland. Because of these issues, the mill is making a substantial loss.

“The plan we have begun consulting our people at the Triboard mill on today will modernise the mill and address the key issues in these three areas. The changes aimed at streamlining production are likely to impact staffing levels”.

“Juken employs around 250 full-time staff across its Northland operations. These proposed changes would reduce numbers of full-time employees at the Triboard mill. However, the final number of roles impacted won’t be known until consultation with staff and unions has been completed and a final decision made.”

One of the major issues facing the mill is a shortage of logs from Northland forests and an uncertain supply picture in the future. Security of log supply in Northland is not an issue JNL can fix on its own says Hilliard.

“We are in early but constructive discussions with the Government about the shortage and how it can be solved. This is an issue that is impacting all Northland mills and creating real uncertainty around wood processing in the region.

“I’d like to acknowledge the efforts of the Minister of Forestry, the Hon Shane Jones who is actively working with us to help resolve the supply shortage and is a strong advocate for the forestry sector.”

Juken will now undertake a two-week consultation period with staff in Kaitaia. After that, it will consider feedback on the proposed changes before making any final decisions on the future structure of the Triboard Mill.