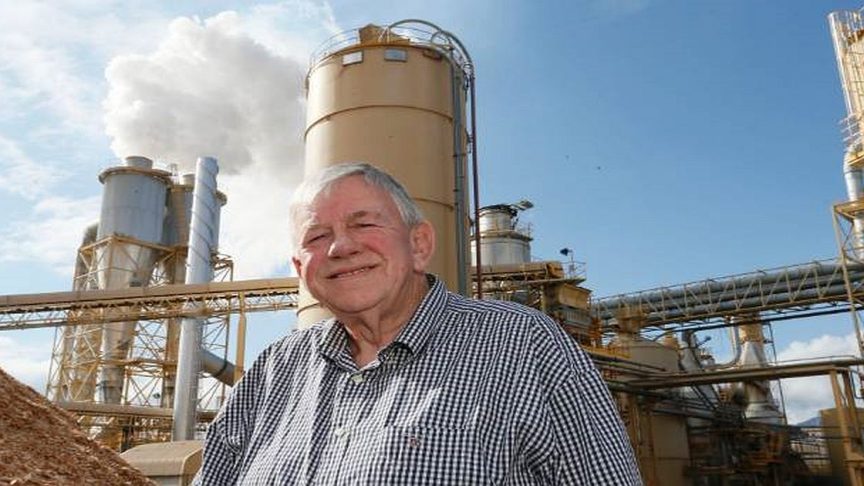 More time with the grand kids is on the horizon but Murray Sturgeon insists his “semi-retirement” won’t mean a cutting of ties with the company he has helped grow.

After 35 years at the helm of Nelson Pine Industries and 57 years’ experience in panel manufacturing, the former managing director announced as of 1 January he had reached a decision to “ease back” and would now be assuming the role of chairman and executive director for Nelson Pine Industries Limited, Tasman Pine Forest Limited and Sumitomo Forestry New Zealand Limited.

Former chief operating officer Kai Kruse has taken over as chief executive officer for NPIL. “It’s about giving Kai a bit of distance to run the facilities,” he said. “He will lead a very experienced team to maintain the reputation that the company has developed world-wide for producing first-class quality MDF and LVL.”

As well as keeping the office he’s sat in since NPI’s founding in September 1984, Sturgeon will still maintain an interest in the company, approving capital expenditure and maintaining the community involvement that many have benefited from, including schools, sports and hospice.

“I think it’s important to identify with the region and I think the community benefits from everything you see with the name Golden Edge on it.” Nelson Pine Industries produces GoldenEdge MDF and NelsonPine LVL from radiata pine grown in the plantation forests of Nelson.

Production of MDF began in 1986, and the LVL plant was commissioned in 2002. Under Sturgeon’s leadership, the company is one of the world’s largest single-site producers of MDF, which is exported to markets around the world. Since 1993 NPI has been a wholly owned subsidiary of Tokyo-based Sumitomo Forestry Company Ltd.