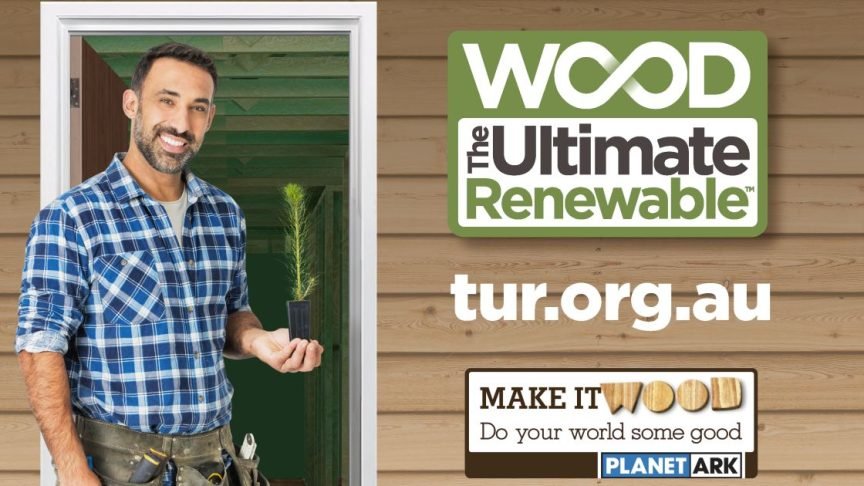 The next evolution of The Ultimate Renewable™ has been unveiled. The brand’s latest consumer advertising campaign has been launched, headed up by a new brand ambassador.

As part of the first consumer-related marketing activity for the brand since the pandemic, FWPA has launched a new television advertisement. Through the ad, which will run nationally, Australian viewers will meet the new brand ambassador for The Ultimate Renewable™, Adam Dovile.

A highly-skilled builder and carpenter (or ‘chippy’) with a genuine love of timber, Dovile is a recognisable face thanks to regular appearances on Seven’s ever-popular Better Homes and Gardens. Dovile said he hopes the campaign will further the brand’s mission of helping shift attitudes around wood among the public and construction industry.

“It’s great to see that many more architects, designers and specifiers recognise the benefits of wood and embrace its use,” said Dovile. “I am excited to add my voice to this great cause by partnering with The Ultimate Renewable™ to promote the benefits and sustainable nature of this wonderful, versatile material.”

The 15 and 30-second TV ads will appear across eight networks, including Ten, Nine, Seven, WIN, Prime, Southern Cross Austereo, SBS and Foxtel, and could reach up to five million people.

During the ads, viewers will hear Dovile speak about the advantages of forest and wood products, as an animated house takes shape. The television ad will be supported by promotion through social media, magazines, podcasts, and billboards in both metro and regional locations.

The aim of the campaign is to create genuine consumer and industry engagement with the brand and reinforce that wood is a sustainable product. The campaign was launched on Sunday 19 June, and will run for two-months, so make sure you keep your eyes peeled!