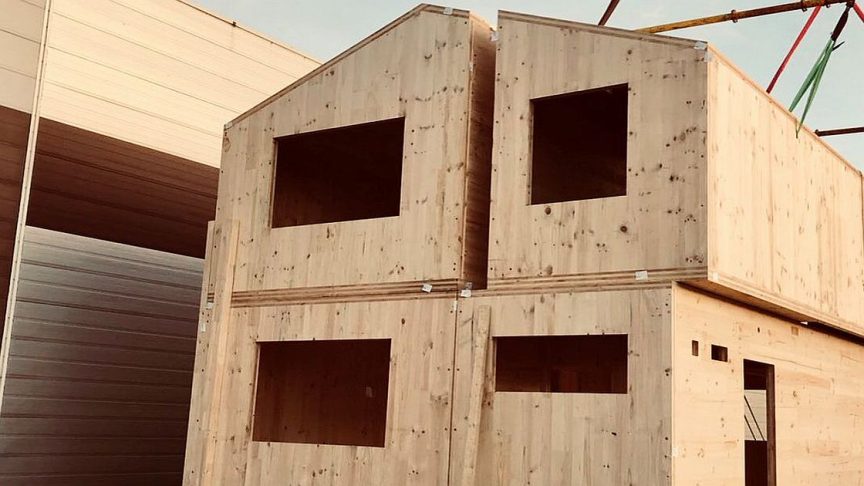 Quintessential Equity has hailed the opening late last year of a new Cross Laminated Timber (CLT) processing and offsite manufacturing factory at Avalon Airport’s new industrial precinct, as a major win for both the City of Geelong and the building industry’s march toward more sustainable methods of construction.

“Green design is no longer an option, it’s an expectation. We believe every new building in Australia from today onwards has to be designed with sustainability top of mind. The CLOS factory in Geelong will be a game-changer for the construction industry in Victoria and beyond. Local, accessible mass engineered timber will help put Australia in contention to meet and exceed global standards like WELL Ratings and the United Nations’ 17 Sustainable Development Goals.

“We’re excited about CLOS because Quintessential Equity wants to use CLT technology – we’d love to construct our first CLT building in Geelong. Building with CLT is sustainable and efficient. Eight times the amount of carbon is emitted to produce a tonne of concrete compared to a tonne of timber, and building costs can be reduced by up to 20 per cent during construction,” said Mr Quinn.

The CLOS factory, set to open mid-2019, will “pre-fabricate” engineered timber products into walls, floors, roofs and other building components, adding the necessary cladding, insulation and plasterboards. The materials will then be sent to building sites where they are assembled and used in construction, using a similar principle as IKEA flat pack furniture.

While CLOS will initially import the cross laminated timber (CLT) used, the company aims to become Australia’s second CLT producer within five years, which would create around 100 direct local jobs as well as secondary employment in areas such as transportation. Along with CLT processing and offsite manufacturing, CLOS will process laminated veneer lumber (LVL) and glued laminated timber (glulam).

CLOS Founder and Managing Director, John Fitzgibbon, was previously part of the building team for the new WorkSafe building in Geelong, where he saw an opportunity for Geelong to lead the way in mass engineered timber manufacturing.

“Mass engineered timber like CLT has so much potential. When you look at places like Europe and parts of the US, it’s clear Australia isn’t doing enough of it,” said Mr Fitzgibbon. The current prefabricated housing market in Australia is a AU$4.5 billion sector, or 3 per cent of the AU$150 billion construction industry, whereas Germany and Sweden’s prefabricated modular housing accounts for about 20 per cent and 70 per cent of their respective industries.