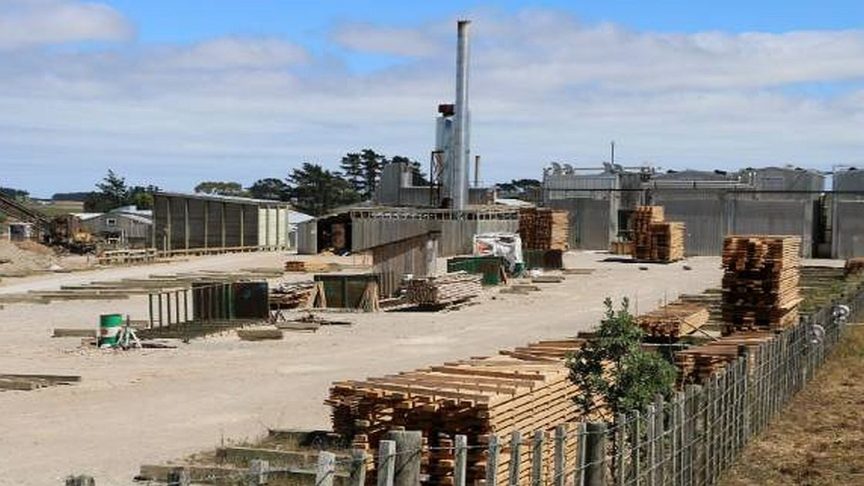 Sixty-five jobs have been lost with the closure of a small South Taranaki town’s biggest employer. The Waverley Sawmill, which has traded since at least 1932, has been sold and the new owner has decided it is no longer viable, South Taranaki District Mayor Ross Dunlop said.

“It’s been a very valuable business in our district and has employed lots of people. It’s pretty sad and very tough on the staff and management.” Export log prices were very high at present, making it difficult for local sawmills to compete, he said.

“I have spoken with the new owner and encouraged him to continue operating it but in their opinion it’s not viable to do that, unfortunately.” Two or three weeks ago Dunlop had heard that a local buyer was interested in buying the mill and continuing to operate it. “I’d hoped that would be the outcome but unfortunately not,” he said.

“There is a very high resource of forests in the South Taranaki and Whanganui area and the new owner did talk about there being an opportunity for a new sawmill, but it would require a large capital injection to build an updated, modern sawmill that could compete.

“There is interest in doing that, but not overnight,” he said. The buyer was Wade Glass, the Whanganui Chronicle reported. Glass is the managing director of Far East Sawmills, which owns the Tregoweth Sawmill in Te Kuiti, forests in Northland, a forestry harvest company and a transport fleet. Most of the staff at Waverley Sawmills finished up on Friday.