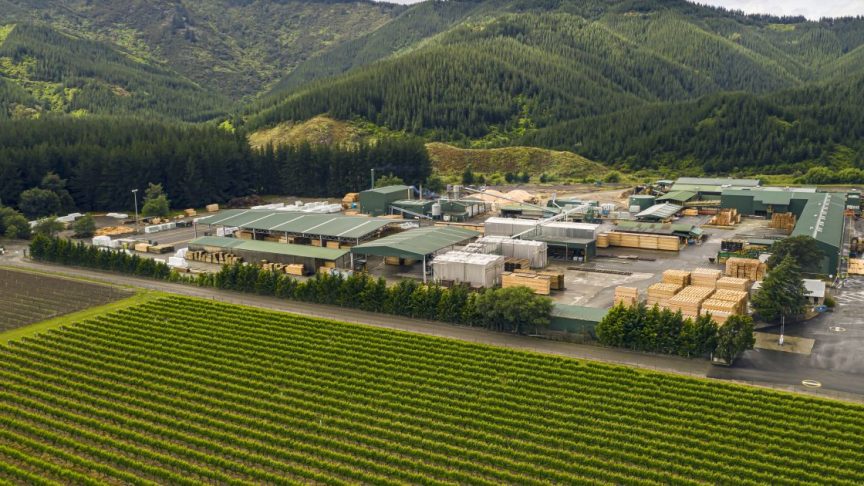 OneFortyOne has committed to invest NZ$11 million dollars in its Kaituna Sawmill over the next three years.

“With an improvement in our processing capability onsite, it also means 20 less trucks on the road every month, reducing our emissions by nine per cent annually,” Mr Goss said.

“In the past 10 years the sawmill has achieved a 46% reduction in the site’s greenhouse gas emissions. A suite of environmental improvements has been made, from small to significant. A state-of-the-art Biomass Energy Centre and continuous drying kiln installed in 2016 has reduced the sawmill’s carbon footprint by 934 tonnes of carbon dioxide equivalents per year.

“Reducing our footprint by another 265 tonnes annually is significant and a great example of where actively deciding to monitor and invest in reducing our carbon footprint leads to better business and community outcomes. It’s an exciting project and it represents the first major capex investment from OneFortyOne since acquisition of Nelson Forests,” said Mr Goss.

Speaking at the announcement Regional MP Stuart Smith said: “I congratulate OneFortyOne and Kaituna Sawmill for making this significant investment in our region and in New Zealand’s timber industry which will increase supply and create local jobs.”

“The majority of the timber products will be consumed by the local building and construction industry.” The project is scheduled to begin in April 2022.