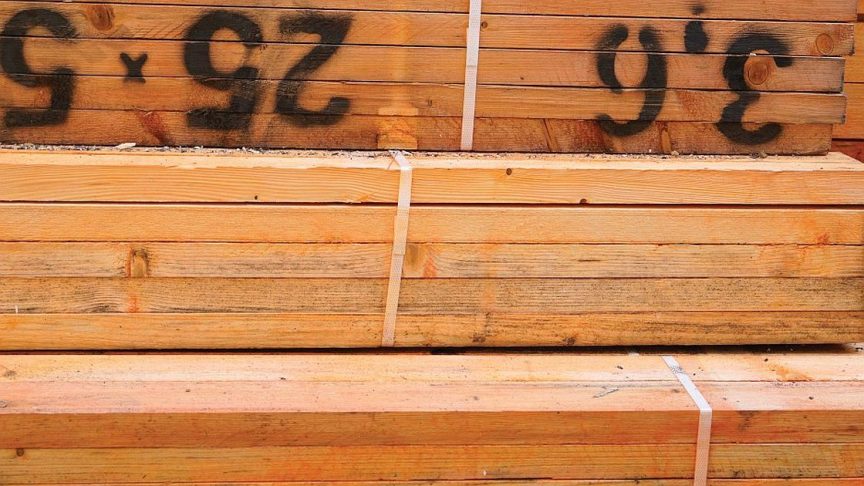 With strong prices in the U.S., optimism persists in the softwood lumber business. Russ Taylor, Managing Director, FEA Holdings has provided a recent analysis of the North American softwood lumber market (Extracted from the Sawn Softwood chapter of the UNECE/FAO Forest Products Annual Review 2017–18 and other sources).

U.S. residential improvement expenditures (an even larger driver of lumber demand than housing) continued to surge in 2017 due to rising home equity and aging housing stock. Industry-based promotional efforts, such as the Softwood Lumber Board initiative, continue to increase wood use (including cross-laminated timber) in taller/larger apartment and non-residential buildings, and are attracting interest both in North America and worldwide. Off-site construction is another emerging trend. Such initiatives should lead to further increases in North American sawnwood consumption.

U.S. sawn softwood output in 2017 reached 57.6 million m3, up 3.5% versus 2016. Production gains were the highest in the U.S. South (+5.1%), followed by the Midwest/Northeast regions (+4.2%) and the U.S. West (+3.0%). The ongoing depressed prices for standing timber in the U.S. South are a result of excess/unused growing stock. The South accounts for more than 50% of U.S. production and, given record lumber prices, sawmills are achieving the highest earnings worldwide. The U.S. West continues to face tight log supply, with strong export demand and log prices keeping coastal log prices high; as a result, sawnwood production is growing only slowly. In addition, impending Chinese import duties (scheduled for August 23) will impact U.S. log and sawnwood exports to China.

Canadian sawn softwood production was unchanged in 2017 at 48.2 million m3. B.C. Interior output (accounting for 41.2% of national production in 2017) declined by 4.5%, while output in the rest of Canada grew by 4.1%; the largest gains were in Ontario (+12.8%). Permanent duties averaging 20.23% (the “all others” rate) commenced in late December, becoming one of the catalysts for rising U.S. lumber prices.

Lumber prices, based on the Random Lengths framing lumber composite price index (FLCPI), increased by 84% between the start of 2017 and the peak in early June of this year, moving from US$356 to US$582/Mbf ($222/m3 to $363/m3, net count). This price spike was tied to steadily expanding demand and the co-occurrence of several supply shocks in British Columbia (one of the world’s largest producers of softwood lumber). This was exacerbated by the mountain pine beetle infestation that has affected more than 18 million hectares in the Interior region, killing some 54% of the area’s merchantable pine and ~20% (10 million m3) of its annual allowable harvest.

Because of strong U.S. sawnwood prices and tight supplies, prices in most major global markets also rose in U.S.-dollar terms in 2017 and the first half of 2018, continuing a positive cycle that began in late 2015. Japanese prices for imported North American lumber soared to record levels in Q2/2018. European prices were relatively subdued in 2016 but climbed in 2017 and H1/2018. The demand forecast for sawnwood in the U.S. for the rest of 2018 and into 2019 is positive. With tightening sawnwood supply factors and permanent import duties on Canadian lumber exports now in place, U.S. lumber prices are expected to stay well above pre-2017 levels for the next few years (despite a fast correction from the record highs witnessed in early June).

The continuation of positive economic drivers and the potential for a general tightening of the sawnwood supply/demand balance suggest an optimistic outlook for sawn softwood markets to the end of 2018 (and most likely into 2019). In North America, a sawn softwood supply shortage looms in the face of steady increases in demand. Soaring imports from Europe and other countries at very high prices is the new dynamic creating volatility in the U.S. market.