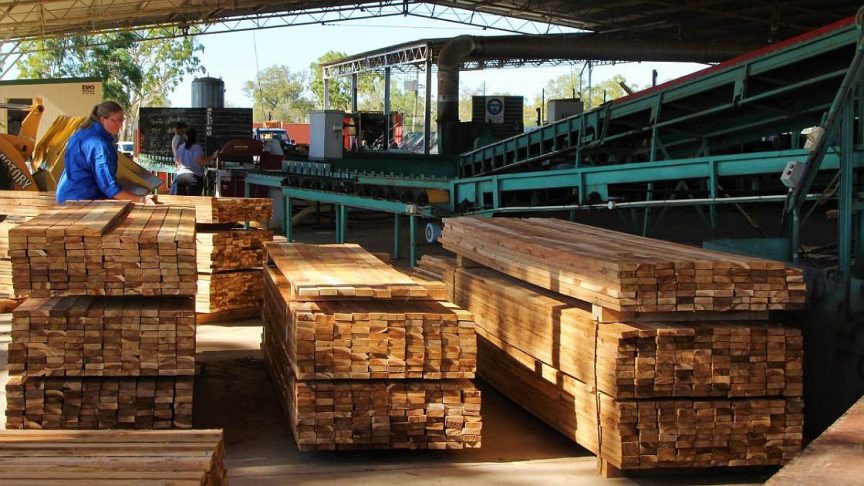 Tambo’s reopened sawmill is reviving the town’s fortunes after a million-dollar investment and seven years in mothballs. Queensland’s Minister for State Development, Manufacturing, Infrastructure and Planning Cameron Dick said the upgraded mill, which was backed by AU$262,250 from the Palaszczuk Government’s Building our Regions fund, has officially been opened.

“This investment helped fund updating the mill, which is now supporting 15 ongoing jobs, bringing AU$1 million a year into Tambo and with the potential to bring AU$4 million a year into the regional economy,” Mr Dick said. “The revived sawmill started up again last August and is bringing new life to the town and the whole shire.”

Tambo, on the Barcoo River in central western Queensland, was struggling through drought and mining downturns when Blackall–Tambo Regional Council bought the disused sawmill in 2014. Council oversaw the AU$1,108,293 project that included buying the mill and timber sales permit and the AU$683,000 upgrade and granted the lease and operating rights to family company R&R Logging Pty Ltd after calling for expressions of interest.

Blackall–Tambo Mayor Andrew Martin said the mill has given the Tambo community and the central west region, a long-term, environmentally sustainable, economically viable and diversified asset. “In a small town like Tambo with 359 people, 15 direct jobs is a big jump in employment.”