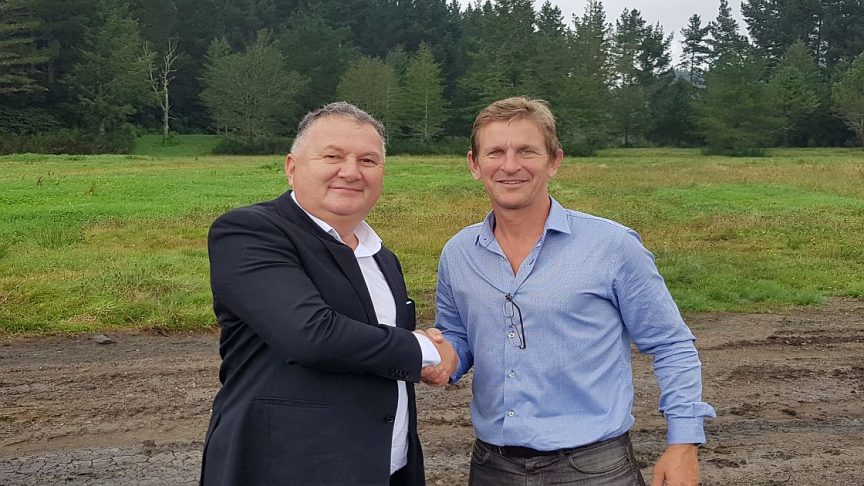 The plant is expected to be operational by mid-2019 and produce more than 50,000 cubic metres of cross-laminated timber within two years, Red Stag Group chief executive Marty Verry said. The company’s plans are conditional on draft building standards requiring full chemical penetration of cross-laminated timber being confirmed by the Ministry of Business, Innovation and Employment.

Red Stag owns the Waipa mill which it bought out of receivership following the collapse of the Central North Island Forest Partnership. It invested more than NZ$100 million developing New Zealand’s first ‘super mill’ on the site, so-called because it can process 1 million tonnes of logs a year and is now expanding its operations to production of cross-laminated timber, where it sees demand increasing in line with the government’s KiwiBuild programme which aims to deliver 100,000 affordable houses over the next 10 years.

New Zealand wood manufacturers see big potential opportunities for their industry in the future from engineered wood products, such as cross-laminated timber, which are becoming increasingly popular for multi-storey buildings around the world. They are also gaining traction in New Zealand after recent earthquakes showed wooden buildings outperformed concrete and steel structures. Property developer Bob Jones is erecting the country’s tallest wooden office building, at 12 storeys, in central Wellington using the product, while Sumitomo plans to build an 80-story building in Tokyo.

“Cross Laminated Timber (CLT) is a product on a rapid growth curve globally”, Verry said. “It is one of the ‘massive timber’ group of products, along with others such as glulam, that is opening up the mid- and high- rise building market to wood.” Verry said there was strong demand in New Zealand for the wood and praised Nelson company XLam for developing the cross-laminated timber market on its own to date.

“We see the need now for a scale North Island producer so that between us we take the product mainstream,” Verry said. “Our vision is that wood will be the norm in mid-rise buildings by 2030, and I can see the KiwiBuild target being achievable in the early 2020s as a result.”

The new cross-laminated timber will be produced by the company’s Red Stag Wood Solutions division run by managing director Jason Cordes and is expected to generate 40 regional jobs, mostly in Rotorua.

Cordes said the timber has the potential to save thousands of dollars on the cost of housing and mid-rise buildings by reducing material cost, on-site labour costs and construction time, and performs well in earthquakes, where its light weight and ability to flex means it performs better than heavy rigid buildings from concrete and steel, with a very predictable and high fire rating.

“We are also going to be able to help hit Kiwibuild, state housing and private sector targets with this plant”, Cordes said. “We will launch in 2019 and expect to be producing in excess of 50,000m3 of CLT within 2 years. That is the equivalent of around 2,000 housing units.” A modular approach to the factory means more capacity can be bought on as required, he said. The company claims it can reduce construction times by 30 percent.

Forestry Minister Shane Jones welcomed Red Stag’s investment plans, noting his “obvious enthusiasm” for the government’s ‘wood first’ policy. “I will be meeting with fellow ministers shortly to discuss how this policy can have greater practical effect,” Jones said.

Photo: Minister of Forestry Shane Jones and Red Stag Group CEO Marty Verry on the site of the planned CLT factory in Rotorua