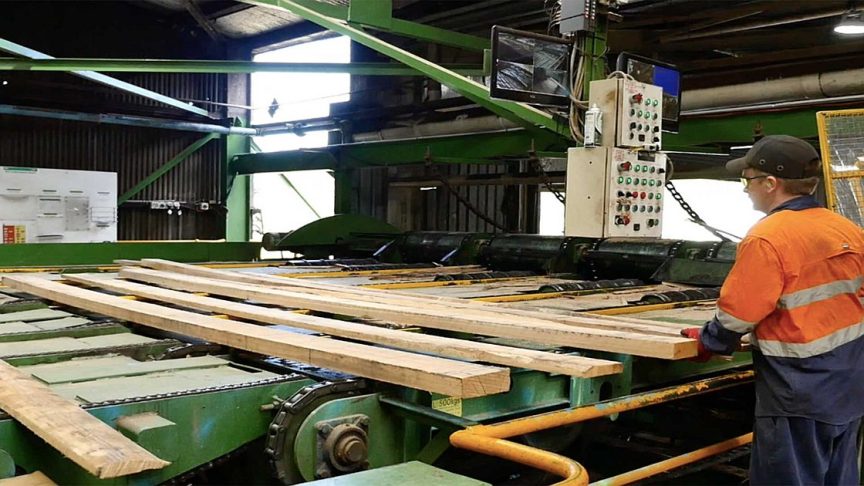 Turning sawmill scraps and sawdust into renewable diesel and bitumen sounds far-fetched, but could soon become a reality under a plan by Australian building and construction supplier Boral. Boral’s six hardwood timber mills on the New South Wales north coast produce a lot of wood waste – as much as 50,000 tonnes each, every year.

Currently used for landscaping, boiler fuel and other low-value applications, Boral have announced a plan to explore the viability of turning the waste sawmill by-products into renewable diesel, bitumen and asphalt.

ARENA is supporting the project, providing AU$500,000 towards a AU$1.2 million feasibility study at Boral’s Heron’s Creek timber mill near Port Macquarie. The study will include a trial of the technology at demonstration scale in Spain, initial design works for the full-scale plant, exploration of the regulatory challenges and development of the business case.

If the 12-month study is successful, Boral aim to scale the pilot up to convert 50,000 tonnes of sawmill waste into transport-grade renewable diesel and bitumen. As Australia’s largest building and construction supplier, they use a lot of both.

Steve Dadd, Executive General Manager of Boral Timber, said the high-grade diesel and bitumen produced at the proposed biorefinery could meet 15 per cent of its total needs, while capitalising on a resource which is currently wasted. “We have to do a lot more and value the whole log,” Steve Dadd said.

He describes Boral’s philosophy of respecting the hardwood resources that are processed at six of its seven NSW mills, seeing the trial as a step in the journey to: “cherish the resource, take all of that biomass and use every skerric of it.”

Boral’s renewable diesel and asphalt plan was developed to address three major operational challenges. The first is the enormous amount of leftover biomass from the timber industry going to waste and low value uses. “The industry economics can’t support all that waste.” he said.

The second is the rising cost of energy. “The cost of gas, electricity and eventually diesel and petrol will be a challenge for industry generally, not just for Boral,” he said.

The third challenge Dadd identifies is environmental. “Unless we do something about global warming and move to more sustainable energy uses, we’ve potentially got a serious problem,” he said.

If the study is successful, Boral plan to scale the project up to a commercial scale plant which could process 50,000 tonnes of biomass annually – roughly equivalent to the quantity of annual wood waste leftover by the largest timber mill.

Boral projects that volume of timber residues should create approximately 16 million litres of diesel and 8,000 tonnes of bitumen. “If we get the processes right, it could be very efficient,” he said.

Using approximately 100 million litres of diesel annually across its truck fleet, the biodiesel created would represent a significant reduction in fuel costs. The renewable fuel will be high quality, with potential to power modern diesel cars as well as the fleet of large trucks.