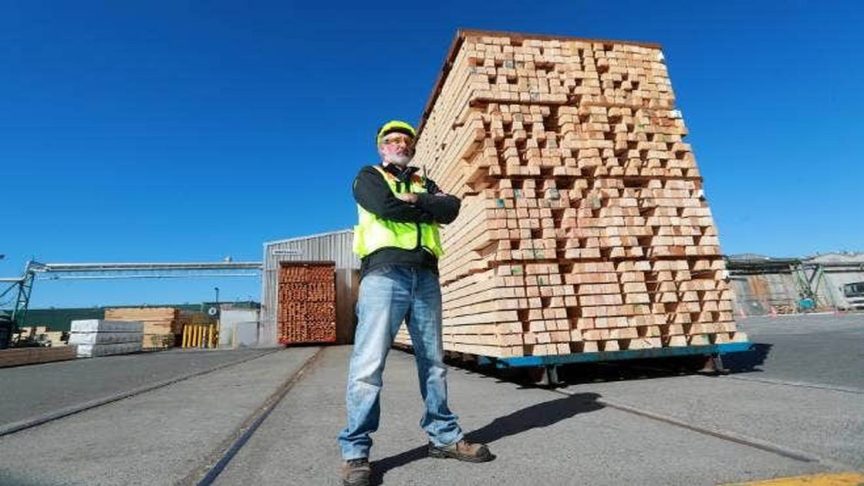 A New Zealand sawmill’s decade-long environmental journey reaches another milestone this month as work starts on new drying kilns powered by sawdust. Ever since the sawmill started measuring emissions about a decade ago, the team has been on a mission reduce them. OneFortyOne, which owns the sawmill and multiple forestry blocks in Marlborough, Nelson and Tasman, as well as South Australia, has committed NZ$11 million dollars to the Kaituna Sawmill for a three-year project starting this month, for new equipment that will increase how much timber can be dried and treated onsite.

Goss says the investment is the first major one from OneFortyOne since it bought the sawmill in 2018. Kaituna Sawmill’s capacity has grown 40 per cent in the last two years, and they added eight staff to the team of nearly 90, to manage more logs after the Timberlink sawmill in Blenheim closed in 2020.

Three new kilns are being installed, one in June and two more later in the year, which will allow the mill to bypass a step of the process that used to mean trucking timber to Christchurch for drying and treating. That will take 20 trucks off the roads each month, and reduce the sawmill’s annual emissions by 9 per cent, Goss says.

That will be on top of its 46 per cent reduction in greenhouse gas emissions in the last decade, mainly thanks to the state-of-the-art Polytechnik energy centre installed in 2016. Instead of burning waste oil to power the kiln, the sawmill now burns its own wet sawdust and uses the steam to power the kilns.

“We were burning about NZ$500,000 in waste oil a year, so it’s a reduction in cost as well as in footprint. “And we get 100 per cent out of our lumber now, the maximum efficiency we can.”