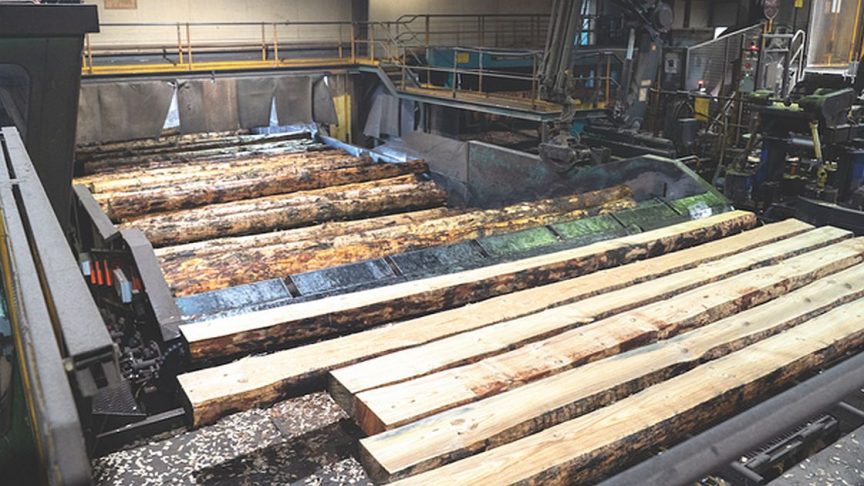 Thirty thousand hectares of Forestry Corporation land burnt. Thirty-nine crews currently harvesting timber (up from 23 before the fires). Twelve to 18 months before the fire damage makes the logs unusable.

The numbers surrounding Forestry Corp after the 2020 bushfire season are slightly grim, but Regional Manager Dean Anderson insisted he’s optimistic; “fairly,” he clarified. The fires last summer claimed about 4 million cubic metres of standing timber (aged 12 years or older) in Forestry Corp’s softwood plantations. Mr Anderson said they’ve been ramping up production to try to salvage as many ‘black logs’ as possible before they deteriorate.

To try to extend the life of some of the logs, Forestry Corp is searching for a facility where they’ll be able to store logs under water sprayers, keeping them damp and still usable. Mr Anderson said they want that facility operational by the end of the month.

Keeping the black logs damp prevents them from deteriorating as quickly. “We’ve been looking at a number of sites, but unfortunately some of those have fallen through,” he said. “We’re further investigating one more.” The storage facility would need to accommodate 125,000 tonnes of logs – a three-month supply for a mill like AKD Tumut.

Mr Anderson said they will recycle as much water through the facility water as possible, with about 1 megalitre per day of additional water needed. “To get the right spot has proven a lot more difficult than we’ve imagined,” he said, facing complications like adequate water and road access, with room to store trucks and recover logs and pump water, when water is “always a scarce resource.”

While crews rush to harvest the logs, Covid-19 has brought a raft of new considerations, from housing new workers coming to dealing with a slump in the construction industry related to the virus’ economic impacts. “They’re self-isolating in houses,” said Mr Anderson, describing crews which have been brought in from Tasmania and migrant labourers who have joined the harvest.