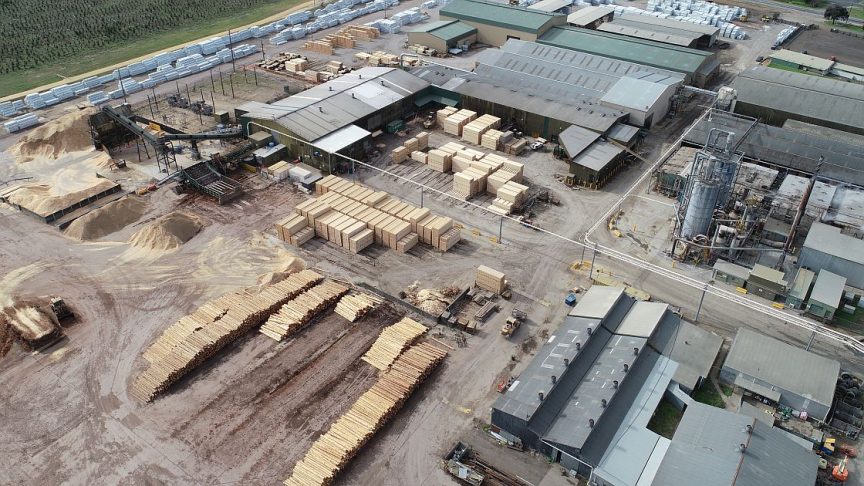 Timberlink Chief Executive Officer Ian Tyson said “CLT and GLT products are used as the structural elements for building residential housing, medium density and high-rise timber buildings. With around half of all CLT currently used in Australia being imported and strong growth in demand expected over the next decade, this investment in local production is great news for Australian manufacturing, the forestry sector and Timberlink.”

The significant investment will see the construction of Australia’s second major softwood CLT plant and first combined CLT & GLT manufacturing facility. Mr Tyson said this would place Timberlink at “the forefront of integrated forestry and softwood processing in Australia. Timberlink with its integrated forestry, production and market position is very well suited to play a significant part in this growing and dynamic market.”

A total of 27 full-time permanent jobs will initially be created when the facility opens in 2023 rising to 50 at full output. A significant number of additional jobs will be created during the construction phase. Timberlink will commence discussions with both state and federal Governments, to secure a location for the world-class manufacturing facility to be built in either South Australia or Victoria.

Timberlink CEO Ian Tyson concluded by saying that “this is a major and exciting next step for Timberlink. In the last seven years the company has heavily invested into its three softwood processing mills and expanded our market position. I am confident that now is the right time for the company to build on its strong foundations with this move into engineered timber, the building material of the 21st century and the ultimate renewable.”