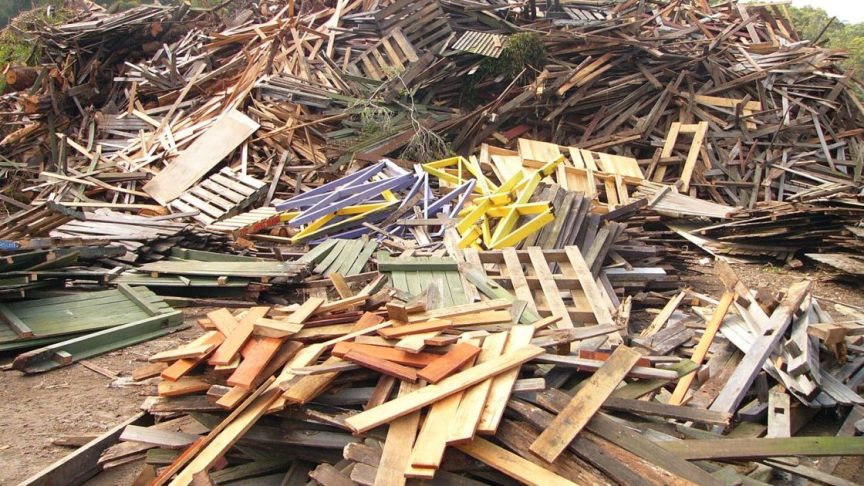 A rather contentious headline. Included here is an article that ran in one of New Zealand’s largest newspapers, the NZ Herald. Again, it calls into question the safety of CCA treated timber – along with the disposal or end of life options that are currently available for treated timber.

New Zealand’s ongoing use of toxic agents to treat its residential and horticultural timber supplies and its inability to recycle the treated wood means some 400,000 of tonnes of noxious waste is being dumped in the nation’s landfills each year, according to the Ministry for the Environment.

The root of the problem stems from the timber industry’s reliance on using Chromated Copper Arsenate (CCA) to treat timber. Harmful to touch and classed as hazardous waste on disposal by the Environmental Protection Agency, CCA-treated timber contains several chemicals, including the carcinogenic compound arsenic that is used to protect it from dry rot, fungal and insect infestations.

The treated timber is used in several industries including residential construction, landscape gardening and horticulture. Its use is especially prevalent in the wine industry with an estimated 24 million CCA-treated posts being used across the nation’s vineyards at any one time.

According to WorkSafe NZ, those who work with, or come into contact with treated timber, such as builders, DIY enthusiasts and vineyard workers, are advised to wear gloves when handling the wood. They are also advised to wash their hands, face and other areas of exposed skin before eating, drinking, rubbing their eyes, smoking or going to the toilet.

It also recommends the washing of exposed clothing before wearing again and to wash separately from other household clothes, bedding and towels. The New Zealand Timber Preservation Council, proprietors of the WOODmark® programme, a nationwide quality assurance programme for treated timber said that CCA-treated wood was a safe and environmentally friendly material. However, Clemens Altaner, co-director of the University of Canterbury’s The Wood Technology Research Centre disagreed.

“That’s [statement] an insult to any right-thinking people,” he said, “CCA is the strongest heavy duty wood preservative that’s still available and there aren’t many disposable options for CCA-treated timber in New Zealand apart from landfill.” Burning treated timber is banned across New Zealand due to high levels of arsenic in the residual smoke and ash. As a result, most of it ends up in the landfill where the chemicals can potentially leach into the soil and contaminate groundwater.

A 2019 study carried out the Nelson District Council found air quality in the Nelson South area detected high levels of arsenic in the atmosphere and concluded that, “the arsenic was strongly associated with the solid fuel burning and is considered to be from the use of copper chrome arsenate (CCA)-treated timber as fuel for domestic fires.”

Otago University associate professor in occupational and environmental medicine, David McBride said the chromated copper arsenate contains several hazards, “You can’t go around handling the damn stuff,” he said, “and increased exposure to levels of arsenic can cause systemic cancers, including lung cancer.”

For more than a decade, CCA preserved timber has been banned for residential builds in the United States, the United Kingdom and the European Union. In 2012, the Australian Government deemed it too toxic to be used on high-contact structures such as garden furniture, picnic tables, children’s play equipment and even handrails.

Despite this, New Zealand’s continued use of CCA preservatives has baffled some scientists. According to Altaner at the WTRC, New Zealand used the same studies into the safety of CCA-treated timbers as other countries but came to a different conclusion.

There have been several recent proposals on how best to counteract the problem and safely dispose of treated timber. One suggestion was to incinerate stockpiles of waste wood in cement kilns but there were concerns about the volume of timber needing to be processed and the resulting high chromium content in the cement being produced.

There was also a proposal for a pyrolysis plant to be built in Blenheim, but this was curbed following submissions and protests against the plans from local residents and environmentalists alike, who feared toxic air pollution emittance from the site. Timaru District Council, working in conjunction with Waste Transformation Limited, currently operate a pyrolysis plant but it can only process 200 tons of timber waste per month.

And, with the Marlborough region alone discarding as many as 600,000 treated posts each year and as new proposals for their disposal continue to be aired and dismissed, New Zealand’s stockpiles of toxic timber waste continue to grow.

There is a lot of misunderstanding about C.C.A. It. Is chemically bound via co- valent bonds to the woods microscopic, structure, and is therefore effectively inert,and harmless; once the timber completes its holding/ fixing, and drying period, after treatment.The C.C.A., chemicals unlike non toxic, Boron, do not leach into the ground water., and present no threats via landfills. My career included 5years at the Forest Research Institute, (SCION), (1974-79) as a Wood Preservation technician, under the tutelage of the senior PhD scientist ,who was in the top 5, in the 🌎world, in the Wood Preservation field. In 1979 I transferred… Read more »

Further to my first correspondence, there are incorrect claims being made, regarding the manufacture and use of CCA treated wood. I .in complete agreement with the Timber Preservation Council.