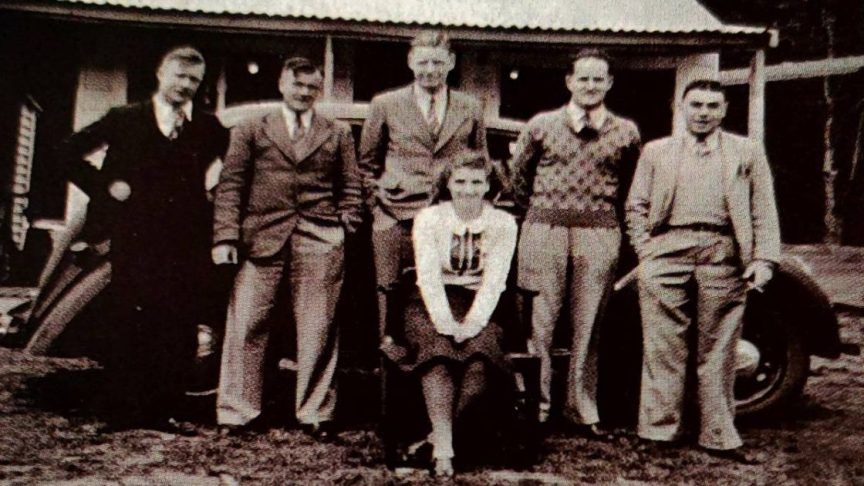 Aline Douglas was Waipa Mill’s first female worker, in 1939. On 23 September, she turns 100, and sat down in her Rotorua home with journalist Zizi Sparks to share a century of vivid memories from her great loves and favourite inventions, to the times that changed the world.

When Aline Douglas was 17 years old, she had to bike a mile home from work in her dress and high heels just to use the toilet. Then Aline Bailey, she was the first female employee at Waipa Mill when it opened in 1939. She worked as the mill’s typist–telephonist working nine-hour days for the equivalent of $4.17 per month.

But the mill did not have a toilet the first year so she would wait until lunchtime to bike about a mile home to use the toilet. The men would go among the trees. Douglas was born in Palmerston North on September 23, 1922, and has celebrated her 100th birthday.

She spent her first 15 years in Karioi near Waiouru, at boarding school in Palmerston North and at Whanganui Girls’ College. The family of six moved to Rotorua in 1937 as her father, a forest ranger, had been transferred. In Karioi, the family used candles for light so it was a treat to be able to turn the lights on at the wall.

Douglas went to the city’s only high school at the time which is now Raukura, Rotorua Boys’ High School. “Then I wanted to be a nurse and of course, the war was coming and dad said ‘no, you’re not becoming a nurse, they climb out of windows and go off with boys’.

“He knew of a job coming up at Waipa Mill. I got the job in 1939 on August 14.” While Douglas worked at the mill, her father got work in Kaingaroa. She would board during the week and, with no car, bike with her sister from the mill to Kaingaroa on a Friday afternoon and return on Sunday. “It would take us three hours one way and four hours the other. It was all gravel roads.” They never punctured a tyre.