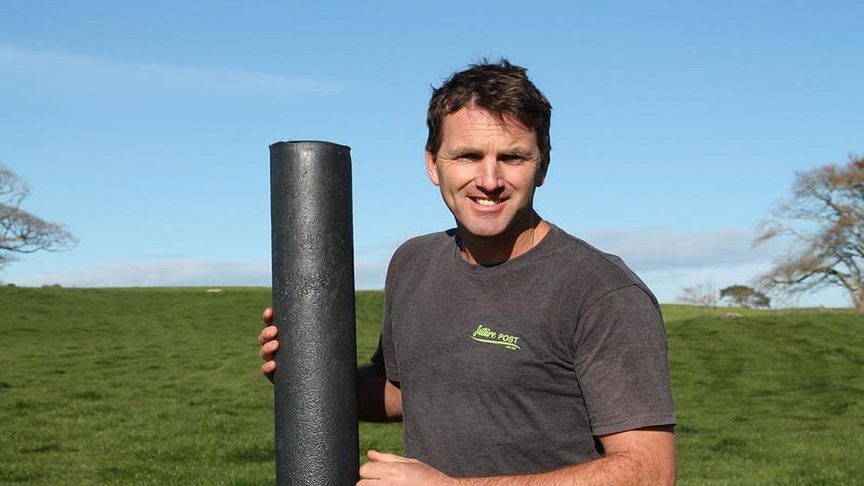 Business is booming for a Kiwi startup which turns plastic waste into fence posts. The new company, Future Post, has invented an environmentally friendly fence post made from 100 percent recycled plastics.

As well as helping minimise plastic waste, the posts are stronger and more durabkle than traditional fence post designs. General manager of Future Post, Jerome Wenzlick said the idea was born one day on his Waiuku farm.

“We were putting a fence up around an old rubbish dump, and wooden posts were breaking into the ground,” he said. “Now we are part of that circular economy, giving an end-use for something which was destined for the landfill, that’s the cool part about it.”

The company now employs 10 people and produces around 400 posts a day.