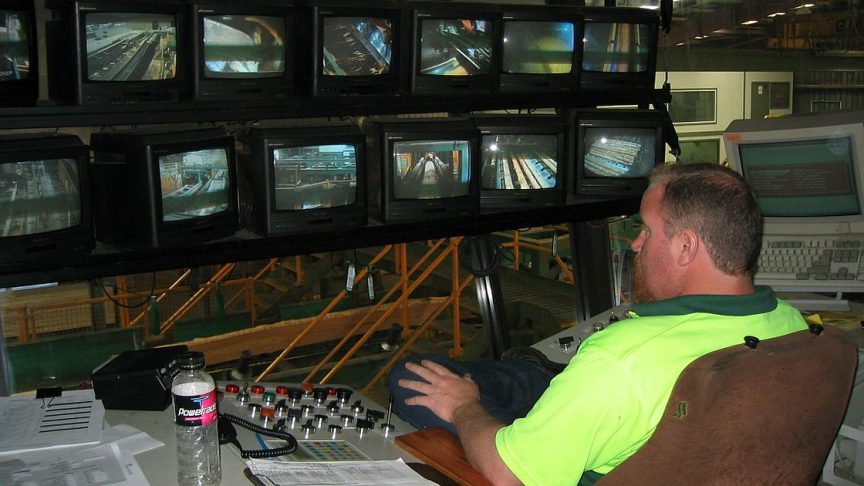 Will the sawmills of the future be run entirely from an I-Phone or I-Pad? Logging and Sawmilling Journal has looked at what might be in store for future sawmills with UBC wood science assistant professor Julie Cool.

It really is stunning to look at sawmills today, and compare them with sawmills— and the way lumber was produced—30 or 40 years ago. The amount of technology that is now employed in areas such as scanning and optimization is nothing short of staggering.

That can also be said of the technology we employ in our everyday lives. For example, it might be a stretch, but there is probably more computing power in a single SmartPhone today than there was in a sawmill back in the 1970s.

It raises the question about what lies in the future for Canada’s sawmills: will a sawmill be run someday from a Smartphone? And will we continue to see mills become even more technologically sophisticated, at the cost of jobs in the industry?

From her office looking over the forests at the University of B.C. in Vancouver, Julie Cool, Assistant Professor in Wood Machining in the Department of Wood Science at the Faculty of Forestry, pondered for Logging and Sawmilling Journal what mills might look like in five, 10 years—and longer out.

Cool has an interesting perspective; in addition to her position at UBC, she has also worked at industry research organization FPInnovations, and for a consulting firm—and is a mechanical engineer. She received her Masters and PhD in wood science from Université Laval.

Cool’s focus is on wood machining and quality control, in primary and secondary forest products manufacturing. If it involves wood-knife interactions at the sawmill, it’s right up her street. At its core, Cool explained, the sawmilling side is all about wood machining and equipment. “And of course, having the right equipment and tools to cut into that piece of wood is important, to produce the right product, and do it efficiently.”

She noted that sawmills work with a variable raw natural material, with no two logs being the same. That variability needs to be accounted for so mills can manufacture a consistent sized product, in the form of 2 x 6s or 2 x 4s, which is the challenge.

Cool’s work at FPInnovations involved working directly with individual sawmills in areas such as quality control and optimization—and it was, she says, a refreshing change from the academic work she had done at the university. Essentially, she was working with sawmills, mostly in eastern Canada, on how they should direct that most valuable of resources: capital for mill upgrades. Forest companies, of course, whether they are big or small, want to get the most bang for their capital expenditure dollars.

And where that capital should go depends, of course, on the make-up of the individual sawmill operation. With the economic, and industry, downturn in 2008, Cool said that in some cases, the companies that survived were either large companies, or they were integrated, to some degree. For example, they might have had an associated flooring, siding or added value operation. “These companies are able to add value right away,” she explained. “It’s enabled them to survive, and better adjust and adapt to the changing markets.”

Perhaps more than ever in the industry, sawmills are being extremely targeted in their mill improvement investments. Specifically—though it really depends on the mill—the target could be on better optimization, scanning, or log rotation.

But one thing remains steady, says Cool. “The most important cut in the sawmill is the first one. Once you’ve made that first cut, the next processing steps are often set.” So, there is a strong focus on investing in the right primary breakdown equipment.

In terms of “Big Data”, data could be taken all the way back to the woods. A forest company could have a system where it knows, from the moment a log is harvested, exactly which primary log breakdown system at which sawmill would best be able to process that log.

She said another trend that is continuing, often due to a shortage of trained graders, is computerized grading equipment. “You want the right people grading,” she says. Sawmills don’t want graders sending lower grades into the higher grades bin, and vice-versa. However, it can be difficult to get the right, detail-oriented people for grading because mills are competing with other industries, such as mining, in rural areas of Canada, she says.

The response has been more technology, in the form of high-tech grading equipment. It can, and does, pay off, but Cool cautions that it’s not “plug and play”. “There are great grading products out there, but they need calibration. The software needs to be tailored to the type of wood that the mill is dealing with, the individual mill operations, its equipment, and line speeds. The return on investment does not happen right away, regardless of the type of automated grading equipment you put in a mill.”

Cool uses the comparison of a SmartPhone. “When you get a new phone, you still need to transfer all your data and download apps before the phone works for your specific needs—it’s not automatic.

“It’s the same, but on a different scale, in a sawmill. And the devil can be in the details in getting equipment to work properly in a mill”, she says. More >>.