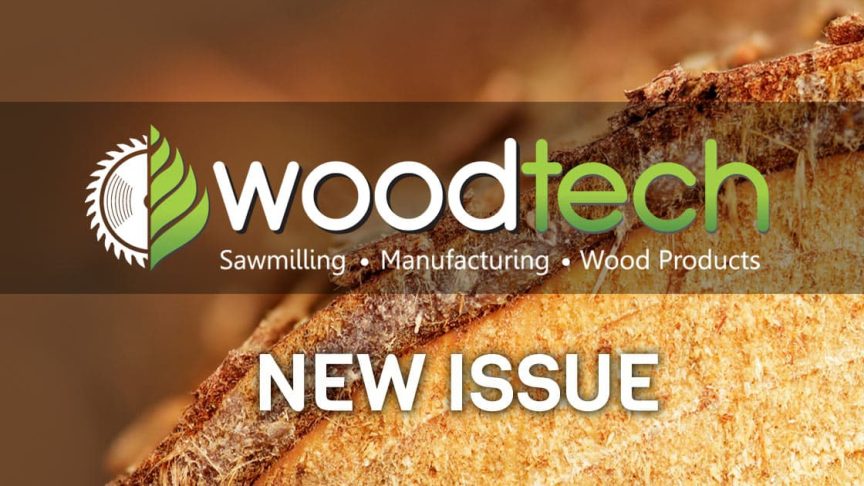 Welcome to the latest issue of WoodTECH.News.

Red Stag, which operates New Zealand’s largest sawmill and holds investments in forestry, cross laminated timber and glulam operations, has been prominent in recent wood processing announcements. TimberLab, the company behind many of the iconic large-scale glulam and laminated veneer lumber projects, both in this region and internationally, has been purchased by Red Stag bringing together local mass timber glulam, LVL and CLT capacity and expertise.

The Chief Executive of the Red Stag Group, Marty Verry has also gone into bat for local wood processors suggesting that currently they’re being unfairly treated by the NZ Government. No recognition yet has been given to local mills who are generating the harvested wood products’ carbon value that makes up around one-third of the total forest-based carbon accounting credits New Zealand claims in its Kyoto and Paris Accord reporting. Benefits to date have gone only to those growing the trees. The inequity is hamstringing investment and expansion so urgently required in domestic processing.

Also, hot on the heels of a record turnout of forestry companies, harvesting contractors and sawmills turning up at the Residues2Revenues 2022 event in late July, OneFortyOne’s New Zealand’s Kaituna Sawmill announced this month that they’ve signed an agreement to export wood chips to Japan with the first vessel expected to depart from Port Marlborough (Picton) before the end of this year. The trial has been three years in the making and it enables the mill to diversify their wood residues market.

And from Australia this month, Henkel Adhesive Technologies announced that they’ve invested in the Melbourne-based company, 3RT, which has developed a manufacturing process using advanced robotics and smart automation to convert low-value wood fibre into hardwood products. From the first half of 2023, Henkel are also planning to start producing their Loctite polyurethane (PUR) adhesives in Australia.

Check out these stories and much more below. Enjoy this month’s issue.

If you haven’t already, subscribe to this email newsletter.