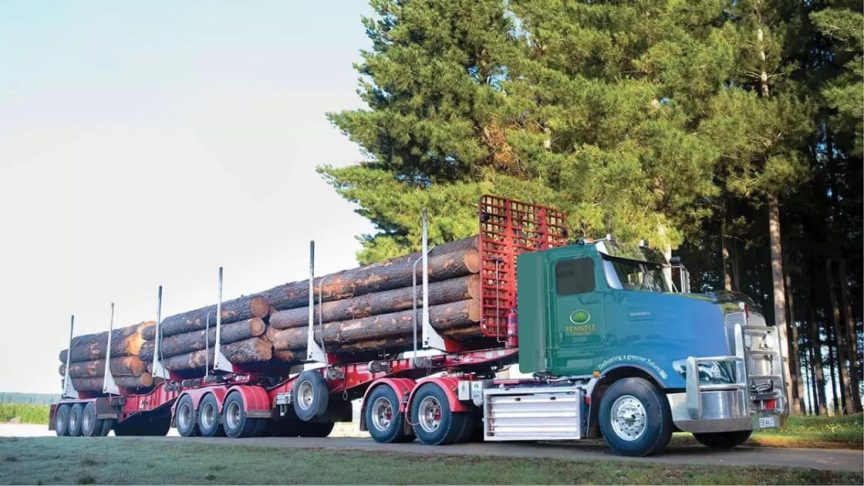 As a follow up to the local electric log truck story that we ran in the 9 September issue, we’ve built in more information this week on Fennell Forestry who’re taking the crucial first step towards decarbonising Australia’s heavy vehicle transport industry.

The Mount Gambier based harvest and haulage company has commissioned the world’s second ever electric log truck, in the hope of providing a realistic carbon-zero solution for the industry.

Transport is Australia’s second highest contributor to carbon emissions. A single diesel-powered log truck produces in excess of 500 tonnes of carbon every year. Converting to an electric engine and battery system will slash this number to zero. And when recharging using renewable energy, the environmental dividends will be even greater.

Fennell Forestry Managing Director Wendy Fennell said the truck – the first of its kind in the country – was the cornerstone of a research and findings trial in the lead-up to Federal Government’s 2030 emissions reduction targets.

“We’re taking the pivotal first steps in trialling this carbon reducing technology on behalf of the Australian heavy vehicle transport industry,” she said. “Decarbonising our industry won’t happen overnight. We need to start trialling this technology now so we have time to consider the best options for each application”.

“From here, we can properly asses what is a realistic solution and provide some answers to help the industry meet emission targets.” Ms Fennell said work was currently underway to convert the once diesel-powered prime mover to a fully electric battery operating system, using Australian technology, innovation and workmanship.

It expected to be operational in October 2022. “The truck is currently with Janus Electric, an Australian company that understands our heavy vehicle transport requirements and gross combination mass (GCM) that is higher than our American and European counterparts,” she said.

– Swap-and-go” battery system, which requires the truck to be stationary for less than five minutes.

– 720 horsepower and rated to meet the GCM requirements of Fennell Forestry B-Doubles.