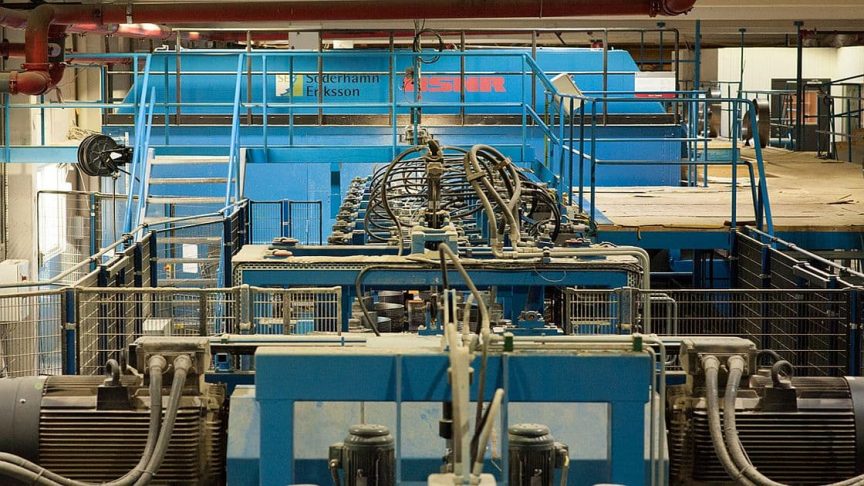 In August 2017, the first logs were sawn on Norra Timber’s new line at its sawmill in Sävar, Sweden. The line was designed with the notion of being the fastest band saw line ever conceived. During the summer of the facility reached its full capacity with the installation of its third LogMaster HPS resaw.

In the USNR Millwide Insider issue #43 we told you about the band saw line at Norra Timber near Sävar, Sweden. At the time, though it still had one phase to go, it was touted to be the world’s fastest. Having completed the final phase, the goals have now been reached.

Sävar Sawmill has a long history of band saws from USNR. The old line, with its speed of 65 m/min (213 ft/min.), had served the mill for about 40 years and was now ready for a well-deserved retirement, to make way for new technology in a fast-paced market.

The goals for the new line were set high; to double the speed and halve the kerfs, all with an increased recovery. To achieve this, all the latest innovations of sawing technology were applied to the project. The design features two chipper canters upstream of the saws. This provides a square cant for the first saw, thus reducing the cut height to get maximum speed and less sawdust.

For the full story, read the USNR Insider